A chain of events that can affect any dog owner: Now Zeus the dog is to be put down. What happened, how do I protect myself and my dog – and when do I need legal advice?

The case: A woman slips and falls on the forest ground and the dog's leash slips partially out of her hands. As a consequence, the dog jumps up on an elderly man who falls to the ground and suffers significant injuries to his face due to the fall. The case is reported to the authorities, who then demand that the dog be put down – either voluntarily or, if necessary, ordered. What can you do in this situation? For the dog owners it was clear: they would not have their dog put down. Instead, they present their dog to three experts who certify that killing the dog is disproportionate and would violate the Animal Welfare Act. Despite the dog passing the character test, the authorities insist on the dog being put down. Now the case of lawyers Gianna Chiappa and Viola Hauser is gaining exposure on social media. We were touched by the case, and, at the same time, many questions arose and it made us think. We want to look at this in greater depth in the interview. In addition, at the end of the interview we will clarify when dog liability insurance makes sense and when legal insurance is necessary.

Hello Gianna, hello Viola, it's great that it worked out so quickly with a conversation. We heard about your case and really wanted to talk to you.

Gianna: First of all, we would like to thank you for your interest in our case. We are both lawyers and have a joint law firm near Mainz. One of our specialities and our absolute passion is animal law. That means we handle all kinds of cases that involve animals.

And a particularly noteworthy one is the case of dog Zeus. Can you briefly tell us what happened?

Gianna: It is really difficult to briefly describe Zeus' case because it is a trial that has been going on for over two years now. A lot of it is legal details. In a nutshell, what happened is this: Zeus jumped on an elderly man while he was walking in the forest. He fell and suffered serious injuries to his face. At the time, the forest floor was partially icy. Zeus' owner slipped and fell herself. When she tried to catch herself, part of the dragline she had been using to lead Zeus slipped. Our client had called Zeus back and he immediately followed her. She then tied her two dogs to a tree to help the man.

Viola: The son of the injured party reported the incident to the authorities; Zeus was not on record so far. He then subsequently informed the authorities about two other incidents that allegedly took place in 2014 and 2015. These incidents were put on file without being checked and the subsequent order to have him put down was based on them.

What role did the public health officer play in all this?

Gianna: There was an internal agency memo in which the official veterinarian wrote that he saw the killing as the only remedy. The arguments for this were, and still are, hair-raising. After the unanimous opinions of three publicly appointed and recognised dog experts and the fact that Zeus passed a temperament test, the official veterinarian should have had considerable doubts about his statements about Zeus. Among other things, he had described the dog as not treatable due to its age of 7 years. We have disproved this without a doubt. He therefore has a duty to act on the basis of the Animal Welfare Act.

So the dog even passed a temperament test – but the authorities still stuck to their order. How do you explain that?

Viola: If we knew that, we would already be a huge step further. But we do have assumptions. In the file, there is an email from a policewoman with a note to the authority that the political and general neutrality in this case was not given to all colleagues, because the injured party was the father-in-law of a colleague. So we can prove that already at the beginning of the official procedure – even before Zeus was examined by the official veterinarian and the order was issued – a policewoman had doubts about the neutrality of some colleagues.

Gianna: In addition, of course, immense costs have already been incurred. Our clients are currently paying about 25 euros a day to keep Zeus in the shelter. On top of that, there are all the other costs, such as court costs and costs for legal representation. All these costs would have to be borne by the authorities and reimbursed to our clients if they were to withdraw the killing order.

Why have you now gone public with the Zeus case?

Gianna: At the moment, there is an urgent procedure pending, in which our complaint will be decided. The summary proceedings have been going on for more than one and half years. In addition, we have filed an appeal against the order; the authority has been inactive for more than a year regarding the decision.

Viola: It may seem that we waited a long time before going public. However, we were convinced that the three expert opinions of the publicly appointed and recognised dog experts would be taken into account. Recently, we received access to the administrative file from the authority; at the same time as the rejection of our last application to amend the decision from 2018. After this, we exerted massive pressure. In it we found an official conversation note about a telephone conversation between the case worker and the judge. This note gives reason to believe that one of the judges at the administrative court, who had been involved in the case since the beginning, is biased – perhaps one reason why we were running into walls like this. So we rejected the judge because of bias and filed a disciplinary complaint to the president of the administrative court. That is currently being decided. All this now gave our clients the courage to take the step to the public.

Your Facebook page is exploding, a petition has over 75,000 signatures as of today. The support is huge.

Viola: The Zeus case concerns everyone. Who can rule out that their dog will ever jump up at a human being? In the long run, we want to work towards a change in the animal protection law or the state dog laws. The case of Zeus shows very clearly what can happen because of the current legal situation.

Gianna: We would like to point out once again at this point: Neither we nor our clients have ever trivialised the incident or the injuries of the man who fell. We wouldn’t do that. But we are in a constitutional state: As part of the administration, an authority is bound by law. It is subject to the principle of the legality of administration. Laws must be observed by the authority. In the case of Zeus, the Animal Welfare Act was not observed from the beginning.

Viola: With the inclusion of Article 20a in the Basic Law, animal protection was declared a state objective. The Animal Protection Act is also a federal law, so as the name suggests: it applies nationwide.

What are the most common legal questions that dog owners come to you with?

Gianna: The legal questions dog owners come to us with are varied. In administrative law, it is very often about the classification of dogs as dangerous in the sense of the respective state dog laws. However, it is also often about legal questions with regard to the purchase or adoption of a dog. People also turn to us for advice on veterinary law. For example, if they suspect that their dog has been treated incorrectly or inadequately by a veterinarian. The list of topics is long, but that is also the exciting thing about our work in animal law. On our website we give an overview and explain all topics, by the way, we are active nationwide.

When do you think it is necessary to consult a lawyer?

Viola: Many people shy away from contacting lawyers. Maybe it's because of the stiff nature that many people associate with the profession. But maybe it's also because they don't want to be seen as "litigious" or shy away from the costs.

Gianna: In many cases we have already wished that people had decided to consult a lawyer earlier. Once you have made a statement of fact to an authority without legal assistance, it is extremely rare that misunderstandings can be corrected later. Often there is a lack of awareness of how weighty one's own statement is. We would like to see this fear of lawyers disappear and try to achieve this through our appearance and our communication.

Many dog owners take out dog owner liability insurance. But lawyers' fees are not covered, are they? Why do you think insurance makes sense nevertheless?

Viola: It also makes sense to have legal protection insurance. We also point this out on our website. Often, having this insurance is the difference between being right and being able to defend your rights. Legal insurance will then also reimburse the costs incurred for legal representation. However, we always point out that it is important to be well informed about the scope of the insurance so that the insurance cover is comprehensive.

The case of Rottweiler Zeus is an isolated incident. What do you recommend to dog owners in Germany?

Gianna: Yes, that's right. We communicate that very clearly to the public. But it can affect every dog owner. That's why we recommend every dog owner to contact a legal advisor right from the start and to have the case legally reviewed if something happens. Especially the inspection of files is of great importance in administrative proceedings. The individual dog owner urgently needs to find out what the authority has made the content of its administrative act and on which facts it is based. It is the task of a specialised legal advisor to assess this and to react in a legally correct way. Particularly if an order is already pending, it is important to begin the legal process in due time. Failure to do so of any kind will result in the order received becoming final – irrespective of the fact that it may be unlawful.

Thank you very much for the interview! 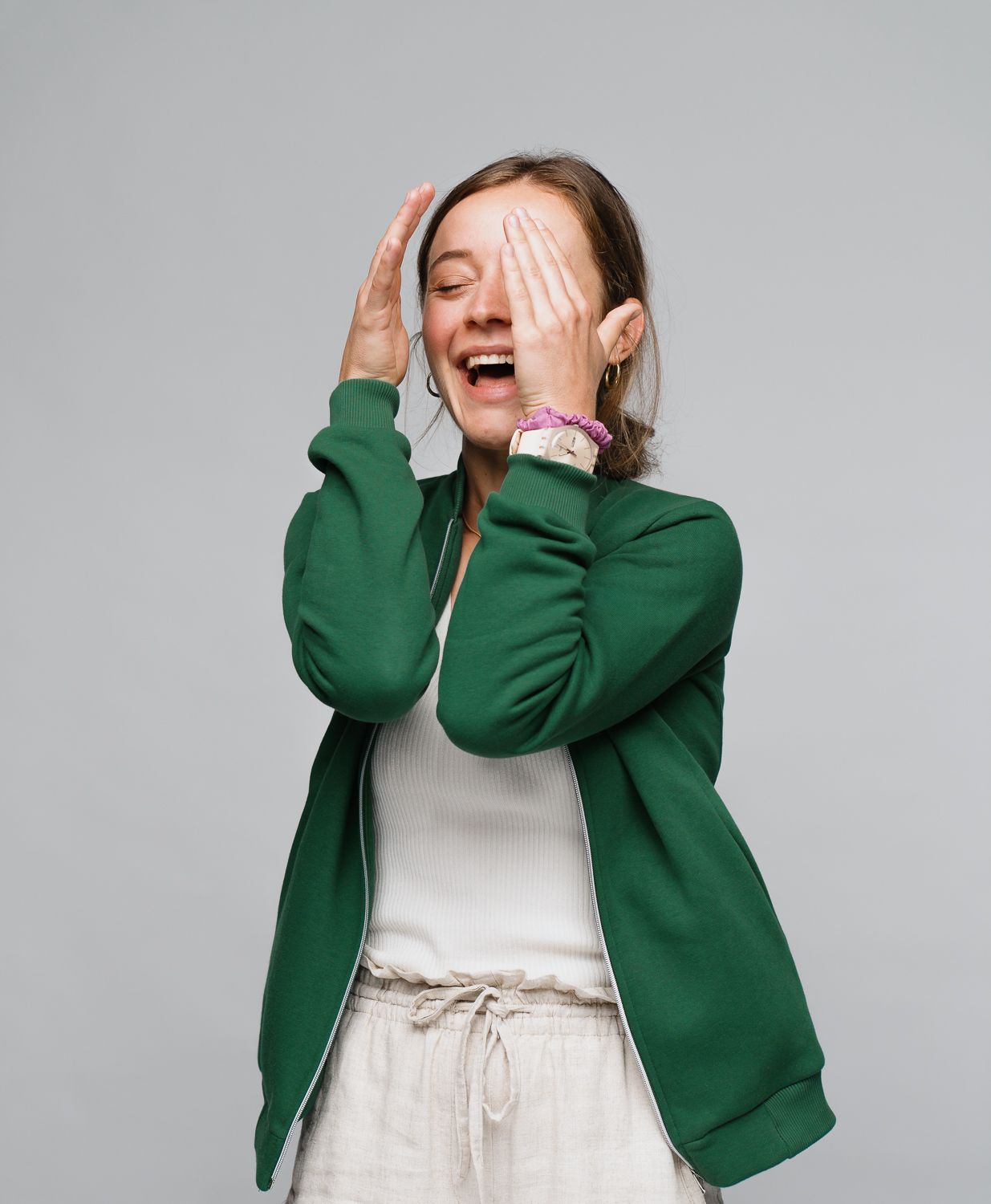